Known as one of the most famous cycling routes in the UK, 'LEJOG' will take you to the extremities of Great Britain. Starting in the most Westerly point of the British Isles, Land's End, the ride will traverse the hilly Cornish terrain before a tough stretch up and over the spectacular Dartmoor landscape. Aiming for a night in the beautiful Roman City of Bath, the ride will take you through the Mendips, including the famous Cheddar Gorge.

From Bath, you'll cross the River Severn into Wales and skirt the Welsh boarder before entering Western England. The latter half of the trip takes you through the breathtaking Lake District for a rest day and traversing the stunning Scottish Highlands. The final leg will have you following the remote North Coast of Scotland to the most North East point of the UK, John O'Groats. The journey of roughly 1,000 miles will be a true test and one which will never be forgotten. What more rewarding way could there be to see the beauty of the UK?

1 posts
No posts yet
Close

Land's End to John O'Groats has received a donation, donate to this cause to help reach the fundraising target!

Every time the bike hurts, keep going! Its a vicous cycle! 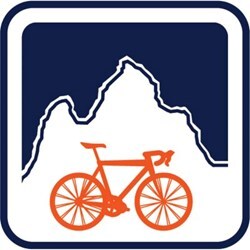 Bike the UK for MS

We are a community of inspired individuals, from all backgrounds, ages, and cycling abilities. We are commuters, weekend warriors, seasoned bikepackers, racers, and fresh-off-the-training-wheels-just-got-a-bike-for-the trip riders. We are from across the UK and around the world. We come together for ... Read More

Also fundraising for this cause

You are about to remove the message and all replies. Do you want to proceed?